The 23rd Aydın Doğan Award, which is given every year to reward individuals and institutions that have won praise in national and international platforms in various fields such as culture, art, literature, science, is given to the Şener Şen, in the field of ¨Cinema¨ in the year 2019. 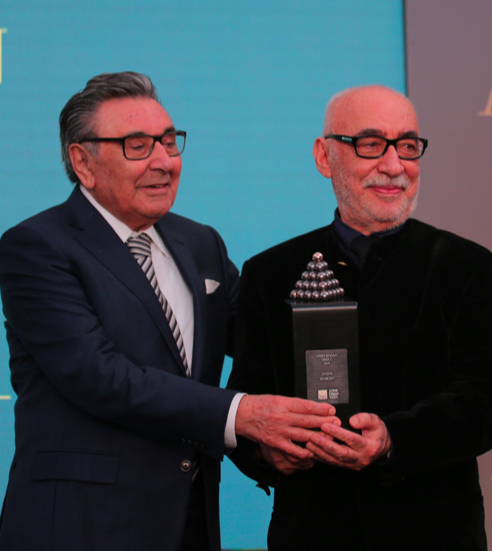 Aydın Doğan Foundation's Board of Directors has decided to give the 2019 Aydın Doğan Award to a character actor who has spread across different periods and schools in Turkish Cinema, not only starring in leading roles, but also successfully portraying characters who were simple depictions of the society in general. With roles during the most difficult periods of Turkish Cinema, leaving deep marks on the sustainable future of our cinema with original productions, independent of the personality structures indicated by the roles he portrays; being a valuable talent engraved in our social memory with his sincerity of coming from within the people and not distant from the society, always standing out with his respectability and being a beloved person, and by setting an example for young generations with his awards and achievements in the national and international arena; the award has been decided to be given to Şener Şen.